Hello all. It's been a hectic and challenging few weeks both on a personal and professional level, but I believe very strongly in setting goals in front of us. I believe it's one of the most powerful things a person can do. If you set a goal, you consciously move towards it. Even with all the on-line tools available to us, I still use a traditional diary, and in it, I'll be quite obsessive about what I list down. Because if I ink it, it has to happen. They have to be achievable goals and ones that are within your remit. For example 'I want to win the lottery' is great until you realise it really is out of your hands. For that reason alone, I have a go on the lottery every month, sometimes every two or three months. I have to stay practical.

Writing wise, it has been going well. I haven't been blogging or reading as much, and that is the sacrifice you have to make if you want to get some serious writing down. So, where am I at? The Kindle version of The Essence of Martial Arts: Special Edition, is on Amazon now, with a print edition to follow. This is the version I really wanted to do, as the original publisher made me clip a lot of what is in here, from the original.

Dark Winter, the first fiction novel I published, passed 1100 copies sold this week. I think sales are picking up again after I got the title removed from some high profile Torrent sites. Remember that Chrome has a 'flag' tool for illegal content, so it's worth flagging these torrent sites as and when you see them appear.

The print edition is also out now, but you could win a copy by entering the Goodreads Giveaway here:- https://www.goodreads.com/book/show/20566064-dark-winter Over 700 people have entered so far. If you are one of them, good luck!

I actually WON two books in a giveaway, Tom Reinhart's Saint Monolith amongst the books that are winging their way to me :) And in April, there will be the release of DUN DUN DUuuuuuuunNNN, a new story!

It's called Stormling, and is a fantasy novel that has been in development for nearly three years. I am hoping I will do the genre justice. It's a far more complex story than Dark Winter, but lighter in tone, so I hope it will win more fans. I plan to release the e-book and print version closer together, if that will offset the piracy crew. We can but hope. The cover is being worked on right now, and the initial reveal will be given by Chanzie@MWYA! The edits on Stormling are what takes up most of my time at the moment, but heavy writing continues apace on Dark Winter (Book Two) and I'm 55,000 words in on what will probably bust another 90,000 words when it is done. So that's me. I will try and post more often. So what's been happening with you all? See you again soon.
Posted by The Write Thought at 12:38 No comments:

See the giveaway details at Goodreads.

Enter to win
Posted by The Write Thought at 14:34 No comments:

Harry and Hermione? Whatever would Ginny Say? The Case for the Defence. 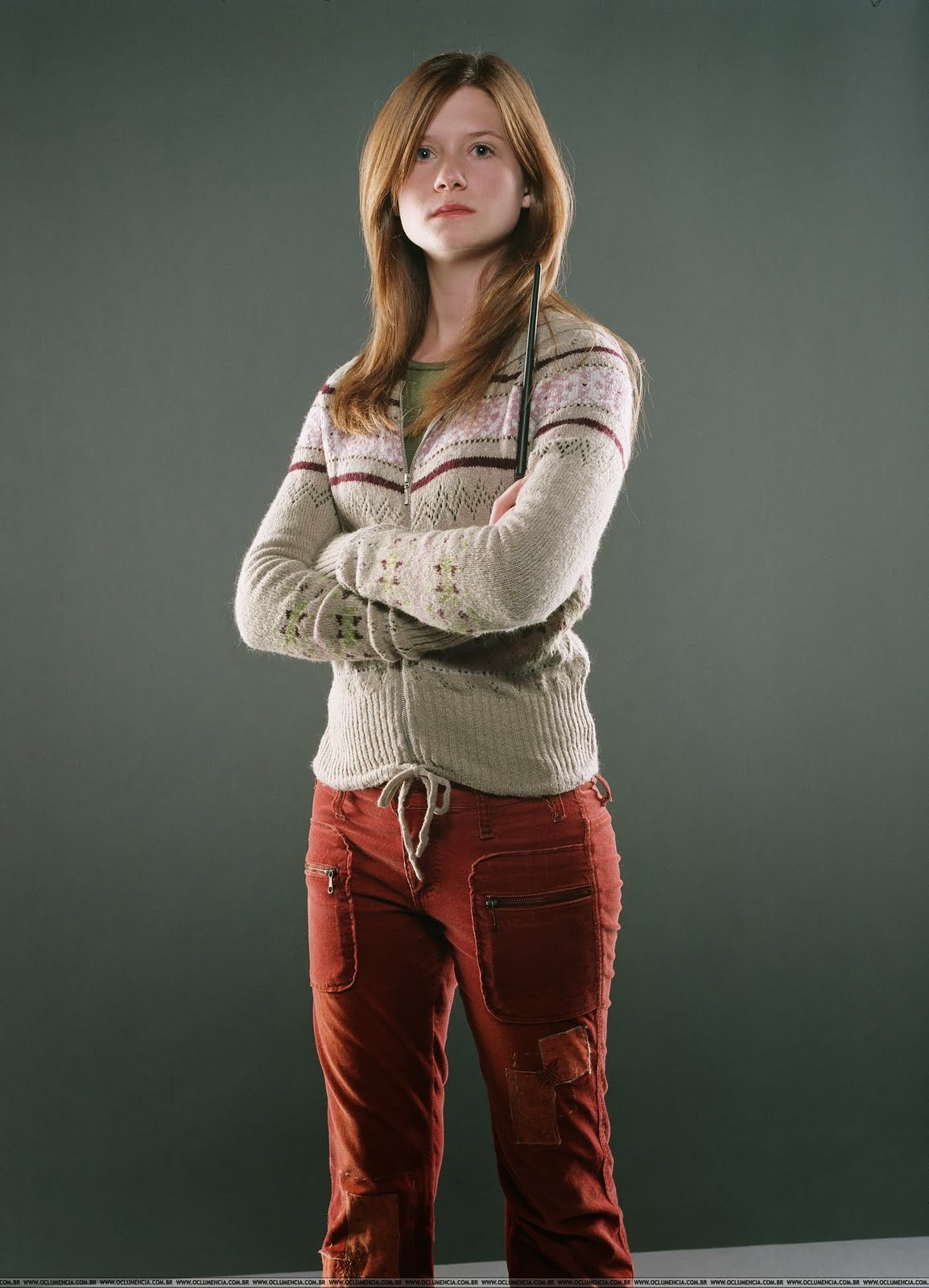 Reducto, probably. That's probably what Ginny Weasley would say to the reports that J.K. Rowling thinks that 'maybe' she erred by putting Ron and Hermione together at the story's end.

I remember watching Harry Potter and the Deathly Hallows with friends...some of whom had not read the books but watched some or all of the films. Actually I kind of remember, because I watched Part 1 with my other half, and Part 1 again the following day with friends, only this time, in 3D....I could hardly drive home afterwards!

Perhaps I should put my hand up and say right away that I love Ginny, and I was happy she got together with Harry. It's pretty obvious to me that Ginny always held a candle for Harry, but given all the pressure he was under, he probably didn't see love coming, and when it did...sort of....we got Cho Chang, who, amongst the many characters created by J.K. Rowling, I remember Cho for how bland and rather forgettable that she was. (See my post on Redundant Characters, here and please do....I think it's one of my better posts and yet Google says...no comments!!) Maybe, as an ex-girlfriend of mine used to say (happy she's my ex, I'm not bitter xD) 'you have to go through the bad, mad or plain ones to get to the good one.' I agree with that, so case closed.

In fact, while I always liked Hermione, in the first book (and in one of the most memorable scenes in any of the films) when she says to Ron 'It's Levi-OH-sar, not Leviosarrrr,' **Spell**perhaps gave a hint that Ron and Hermione might end up together, as they were already acting like an old married couple at times.

'She's a nightmare,' Ron would say, and he's right - Hermione was a big-head, a know-it-all....but she was brilliant too, and well...who wouldn't want her...especially how she comes of age in Harry Potter and the Goblet of Fire (I hated the film, thought it was a mess, and that Mike Newell should never be allowed near a camera again - ever. If Mike Newell makes it to Heaven, I hope all the angels hide all the Nikon lenses). Hermione is really something in that film, and easy to see why any boy would be attracted to her.

So what was J.K. Rowling doing with her characters? She puts Ron with Lavender, Harry with Cho, and they had all the chemistry of seaweed. Some have said No No No...it's how she handled the Severus / Lily angle....

That's a whole other post. Back to Hermione. I thought the pace of them getting together was too quick, especially during the events of The Half-Blood Prince and The Deathly Hallows. Even when we were watching the scene in the DH film of Harry and Hermione dancing, one friend 'They're going to kiss? Really?'

And it looks like they are...and then....nothing. Okay...I admit I've had dates like that in the past. The argument could be made, as in Friends, that Harry and Hermione had been too long in each other's company, and were now in the Friend Zone. **shudders**. I've been in The Friend Zone and it's a rather crushing place to be, when the girl of your affections sees you as a brother or a friend. She sees you as a fall back position in case The Boyfriend fails (and I realise what a bad friend I was sometimes, as you'd be wishing he would fail). Still, I did my best in the Friend Zone when I would be forcibly put there. So I'd like to think women and men can be friends, no matter what the other Harry (in When Harry Met Sally) says.

These days, I'm settled and I have women friends along with the crazy male nutcases I will go and wreck town with on occasion. I'm still recovering from Friday night but it was a total win.

I'm sure J.K. Rowling needs no advice from a fledgling writer like myself, but I too have struggled with what characters do and how they interact with each other.

So let me lay out the case for the defence first as to why J.K Rowling was right first time.


Ginny was way cooler and more eye catching than Hermione. This is not a dig at Hermione, but how she was written, in the same way that Luna was very cool, eye catching, but understated. When Ginny walked in, you noticed her. Or it could just be this - and it's where my defence may fall apart....I love redheaded girls.

Ginny never acted like a 'friend' to Harry, there was always 'something' there, and it was rather subtle. Critics will say that the author didn't know what to do with Ginny, that she was just a random sister amongst the Weasley boys. I'll have none of that.

Hermione may have better spells, but would you want to get in the way once Ginny points her wand in your direction? She's cool, explosive, and yes...she's attractive. I think a long term relationship between Harry and Hermione might make him wish he hadn't broken the Elder Wand.

So in summary, Hermione, I love you but you would drive me crazy, and not in a good way. Luna, you're quirky and weird and I could think of few people who would make me laugh more than you. Ginny - you're perfect. Just put the wand down. Now.

J.K. Rowling got it right.

Has anyone got a view defending the report that she didn't get it right? I would love to know your thoughts!

Posted by The Write Thought at 01:06 No comments: