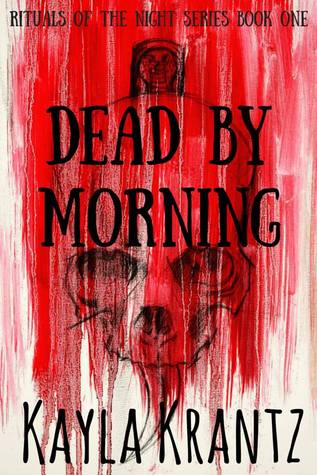 Obsession is deadly. No one learns that better than Luna Ketz, a pessimistic high school senior. She wishes more than anything to graduate but things don’t always go as planned. Luna quickly finds herself trapped in a web of lies and murders, spun by the least suspected person in her hometown. It’s not long before she realizes she’s being targeted by the person she despises most in the world. When Luna figures out who is behind the killings, things make a turn for the bizarre when she is contacted by a friend she has not heard from in years. It is then Luna realizes she is very much in danger, but although she can avoid the killer in reality, she cannot avoid him in her dreams.

What a brilliant introduction to the series Dead By Morning makes. Here’s a horror story with heart – but it’s of the pulsating, thrilling kind.

Luna and Chance are the main characters, but readers will enjoy the interplay and realism between Luna and her father. This is a well written coming of age story that seems to be going one place before Chance decides to take things into his own hands – literally.


"It is almost like we are inside Luna’s head, just a nano-second before things just happen to her."

The horror genre has been done to death, but there are shades of great originality within the pages, and though it is a long story, it does pull you along.

I didn’t know what to make of Chance – and in the first third of the book, I bet readers won’t either. It works because we are not spoon-fed information before it happens. It is almost like we are inside Luna’s head, just a nano-second before things just happen to her.

This is a strong debut that cannot be dismissed as yet another YA story. There are more in the series so I would like to see where this goes.

Luna may not be a character one instantly warms to, but she is drawn out of realism, and I actually prefer a girl with flaws than some honey-dewed Mary Sue. It was the braver decision by the author to create her this way, and the story is all the more powerful for it.

One of the best blood-curling stories I have read for a long time.