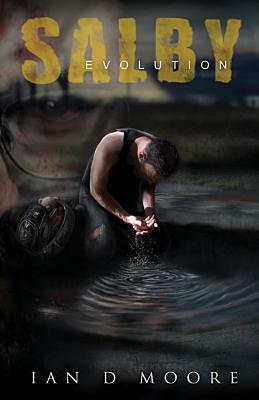 Synopsis: One man holds the key to our future. One man holds the key to our extinction. The merciless Salby viral strain, sweeping across the country, spawns a new breed of predator. Simon Lloyd, borderline alcoholic, must vanquish the demons of his past and change his single-minded ways. Filled with resentment, he enters a world far removed from his own. He must choose to take a stand for the greater good or risk losing his estranged wife and children forever. Against overwhelming odds, unethical science and the prospect of eternal exile, the decisions he makes will shape the future of mankind.

This second story in the Salby trilogy is a true evolution. I really liked the first story, but Salby Evolution is a far better tale, that takes the reader from the outskirts of Russia to the North Yorkshire area where Salby (Selby) takes its name.

What sets Ian D Moore's zombie thriller apart from others for me is how well written it is. That may sound like a necessary element, but I have read books that had a good story and decent characters, but were sometimes lacking a structure in terms of the story itself.

Here, the author takes another gamble with a first person narrative, before switching to third person. Throw in different timelines and, in the hands of a lesser writer, the result could have been a bit of a hot-potch.

I'm actually a fan of books that switch POVs, that challenge the reader to keep up with timelines. Any critics of this style are welcome to their opinion, but I like this style personally.

Fortunately, Salby Evolution picks up at the same pace as its predecessor, so while I enjoyed the action pieces, especially in the early scenes when Simon encounters his first zombie, I enjoyed the character emotions and their subsequent developments as real people.

"In the hands of a lesser writer, the result could have been a bit of a hot-potch."

This tale should appeal to readers of any age. For younger readers, they will enjoy the zombie encounters. It's suitably bloody but never over the top. For readers of the author's age (like myself), we can appreciate the issues of marriage and divorce elements that are presented quite brilliantly in this book.

Once that scene is set, and we understand the MC's motivations, some of the scenes are to be expected in how they play out, but that's part of the fun. It's also possible that readers can enjoy this one without reading Salby Damned (Book One) first, but I think you'd be missing out.

Overall, Salby Evolution is a fantastic rollercoaster of a tale. Expertly written, beautifully crafted, with a story that simply pulls you in. It's a book that despite a lot going in my life at the moment, I read it from start to finish within three days.

I will be around for the final installment.

Buy on Amazon
Posted by The Write Thought at 08:03 No comments: