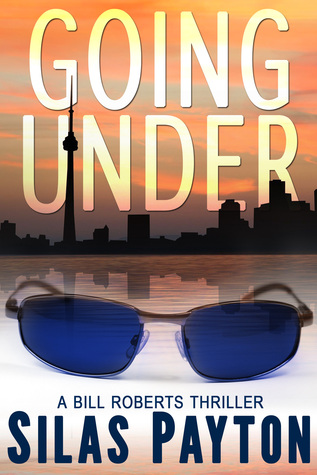 Synopsis: (from the author) While investigating three unexplained deaths, Inspector Bill Roberts finds himself in the middle of a retaliation, after a biker gang moves in on mafia territory. With few leads and increased scrutiny by the Chief of Police and the Mayor of Toronto, he tries to track down whoever is responsible, making himself a target in the process.

Bill Roberts, an Inspector with the Toronto police, has decided today was the day to drag himself back to the gym, for the first time since a recent arrest attempt left him with a broken leg. A mishap on his first day back sets the tone for the next twenty hours. When he gets called to the scene of a murder, he finds a wife has shot her loving husband, for no apparent reason. He and his team of detectives investigate, finding bizarre connections to a local biker gang, the mafia, and the Mayor's office, throwing themselves in the middle of a much larger scandal.

With few leads, Inspector Bill Roberts must connect three strange deaths and find the person responsible. When he suspects the connection is a psychiatrist, Dr. Barry Nelson, the Inspector's priority becomes finding him before he leaves the city, onto his next job. What he doesn't realize is the doctor has one more job to finish... to eliminate Bill Roberts.

This is a thriller laced with humour. It will keep you intrigued and on the edge of your seat to the last sentence, while giving you a few laughs along the way. If you like the books of J.A. Konrath, Blake Crouch, Jude Hardin, or Tracy Sharp, this book is for you.

Review: This book just screams COOL, doesn't it? From the stylistic artwork, top title, and super cool author name I was intrigued by this intelligent looking thriller. Chapter One opens with a fantastic Law & Order: Criminal Intent type scene that utterly grips the reader.

The writing is superb, as is the characterisation. Bill Roberts is an interesting protagonist, as his detective is a smart cookie, and far from the worn out representations I have seen in some other books, even by authors I absolutely adore.

Going Under follows a murder trail that seems an open and shut case, but as the story unfolds, and is unveiled through different characters (there are many in this story apart from Bill), and I liked the author's engaging and irreverent style.

This is only a minor gripe, but I felt the main character Bill was the one I wanted throughout the story - when other characters fronted the chapter, I felt less engaged. Perhaps that is because Bill towers over everyone else in my view as the most interesting character.

Going Under is well paced, brilliantly plotted and virtually unputdownable. For a debut novel, it packs a hell of a punch, with wit and style that will make you grin.

How does it all end? Through the many jumps, hoops, swings and roundabouts this tale puts you through, you will want to know.

Some detective thrillers take themselves way too seriously, or are high on the ick factor. Fortunately this is a story that is taut, smartly told, and should be high on your read list.

Go for it, you won't be disappointed.

Buy on Amazon
Posted by The Write Thought at 23:58