Knowing Your Audience - Is Your Book More 'Adult' Than You Think? 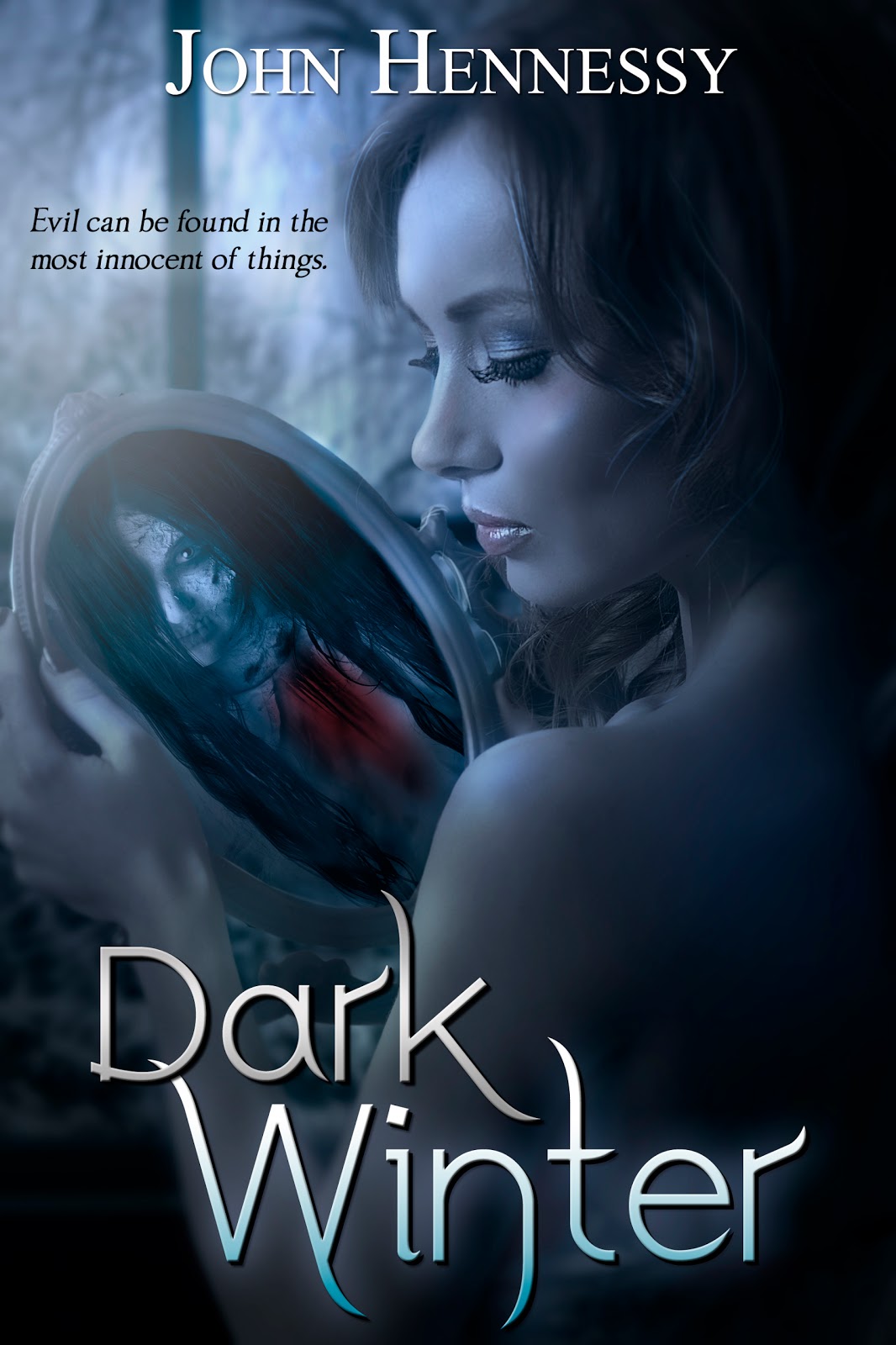 Do you ever pick up a book, and...(if it's not in the horror or erotica section, where you expect it to have adult content)...are you surprised / shocked / repulsed at certain content that seems to go against the grain of what you previously read?

My first paranormal horror was aimed squarely at Young Adult / New Adult readers, but I felt that almost anyone could read it, though certain scenes could be thought through by parents to see if it was suitable for their children.

I don't necessarily set out to offend, and at its core, Dark Winter is a tale about survival against overwhelming odds, good versus evil, finding oneself is actually stronger than originally thought possible. These traits and theme are all positive ones, in my view.

So whilst I put a disclaimer that the book is not for the very youngest of readers, I was surprised to see the book rated as 15+ on some websites.

I do recall an issue of Fangoria that said that for horror film makers, anything less than an 18 rating would result in a smaller audience, not a larger one. But I don't know about that. The BBFC rated The Blair Witch Project only for people of fifteen years is one of, if not the highest grossing horror film ever. Made for a paltry $35,000 dollars, I believe it has taken over $600,000 at the box office. Small sum today, but back in 1998, very significant.

With the second Dark Winter book on its way, I'm of course hoping that those of you who read The Wicca Circle will want to read the next book in the trilogy, Crescent Moon. However, I would be the first to concede that this book does have 15+ rated content, and certain scenes could be considered even 18 rated.

However, I can promise you that it will be a good horror yarn, and that you will want to know how the series ends.

My question then - do you find certain ratings prohibitive, or would you be inclined to buy a book / see a film BECAUSE it had the higher, more adult rating?

If I were to answer this, I would say that as a teenager, I wanted to see the 18 rated films well before I was 18. Now, it kind of doesn't matter. But 12 and 15 rated films are certainly more violent now than when I was younger. Times are ever-a-changing.

Thank you for reading :)
Posted by The Write Thought at 09:37 No comments:

Does the 'Stormling' World of Mordana really exist? And other stories...

I thought it was about time I updated you on where I'm at, and if you've been looking at the blog, and I know some of you have, and were wondering when an update was coming, well here it is.

It doesn't mean I've stopped reviewing books (!)....and you really should check out some of the books I have reviewed this last month or so.

Reviewing Books and rating them

However, as I suppose I am an author now, with three books out (two fiction, one non-fiction) that my policy on reviews changed somewhat. Generally if a book didn't work out for me, it doesn't mean it is a bad book. Clearly someone will love it, and it's not necessarily limited to the author and his or her mum!

In the old days, if a book didn't work out for me it might get three stars. If I loved a book, it would get five. I expect I'm not that different from many of you out there. Life is too short to let a book annoy you to the point that you go on a rant to bring an author's rating down. Now, if you are a Stephen King or a Cassandra Clare, maybe you don't have to give a hoot. But if you're trying to establish yourself, maybe think before you do that 1 or 2 star rating. That person has no way to fight back - except perhaps to write an even better book that the haters may have to concede is actually not that bad! Of course, everyone is entitled to their opinion. Just in my case,, I'd rather not attack someone. I used to have a martial arts channel for You Tube and since you can get 'keyboard ninjas' on You Tube, I elected to make the videos private for my students view only.

That seemed to be the best way to deal with it.

Now it might seem I have changed my policy on reviews - not a bit of it. I can still rate a book 1 star and absolutely hate it AND tell people not to buy it....but putting all that on-line is rather harsh in my view, so I won't do it. I wouldn't have done it pre-2011, and I won't do it in the future. Feel free to disagree with me - or challenge me on it!

I finally published my fantasy novel Stormling this month, and the print edition is going through its editing and checking phase. Mordana, the world where most of the action takes place in the book does exist, at least  it my head but also in an e-book sense for anyone who purchased the story.

However, one of the provinces of Mordana, Rowse Briar, could have little homes that look like the picture below. I took this picture myself and it's from Charlecote Park in Warwickshire. Couldn't you just see elves, dwarves and other creatures living here? I want this house! 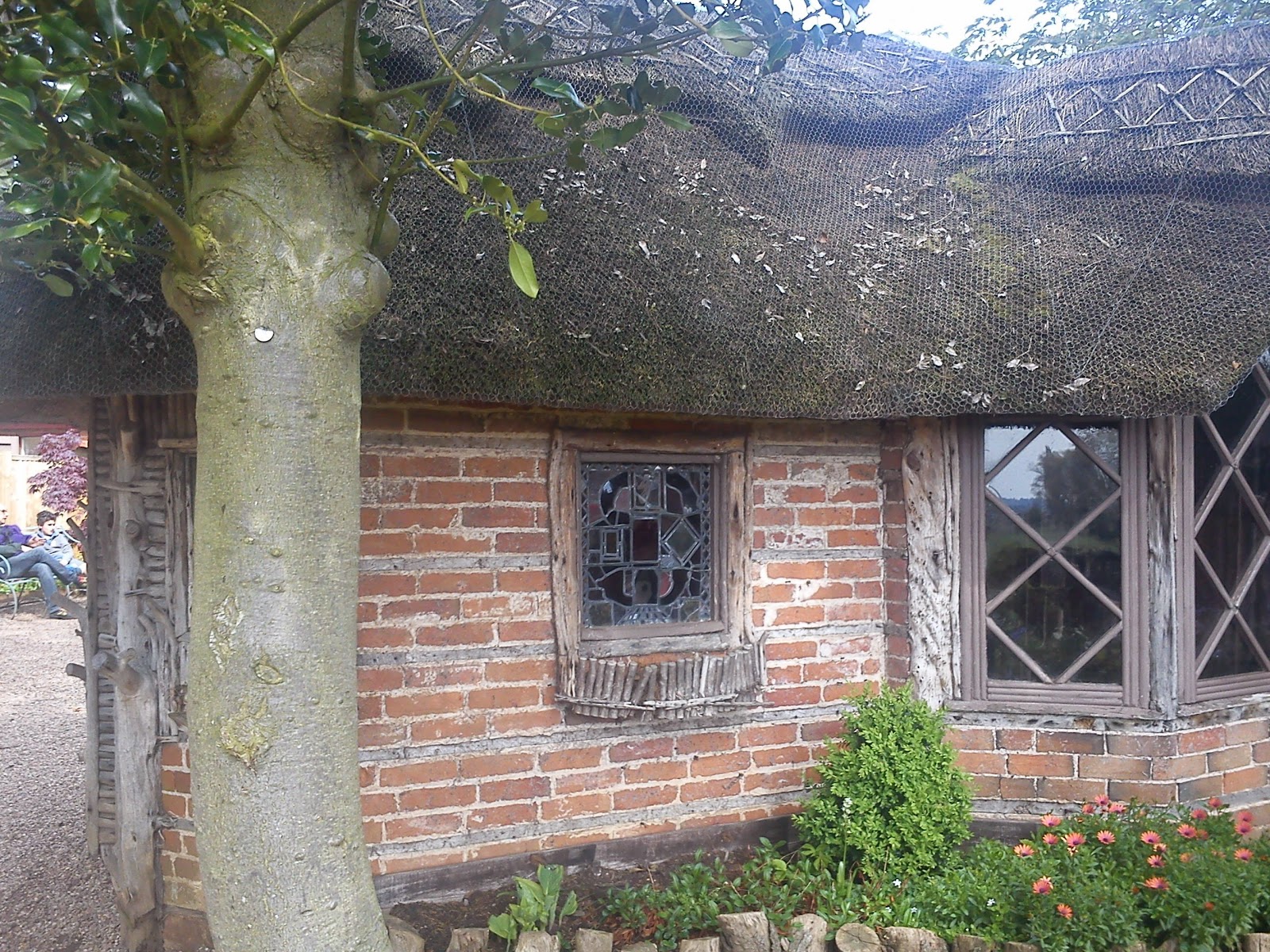 Below is the city centre shopping mall where I live. Yeah it's fine and all that, but I prefer the tranquillity and awesomeness of the place above! Birmingham is a place where people shop, and eat.... 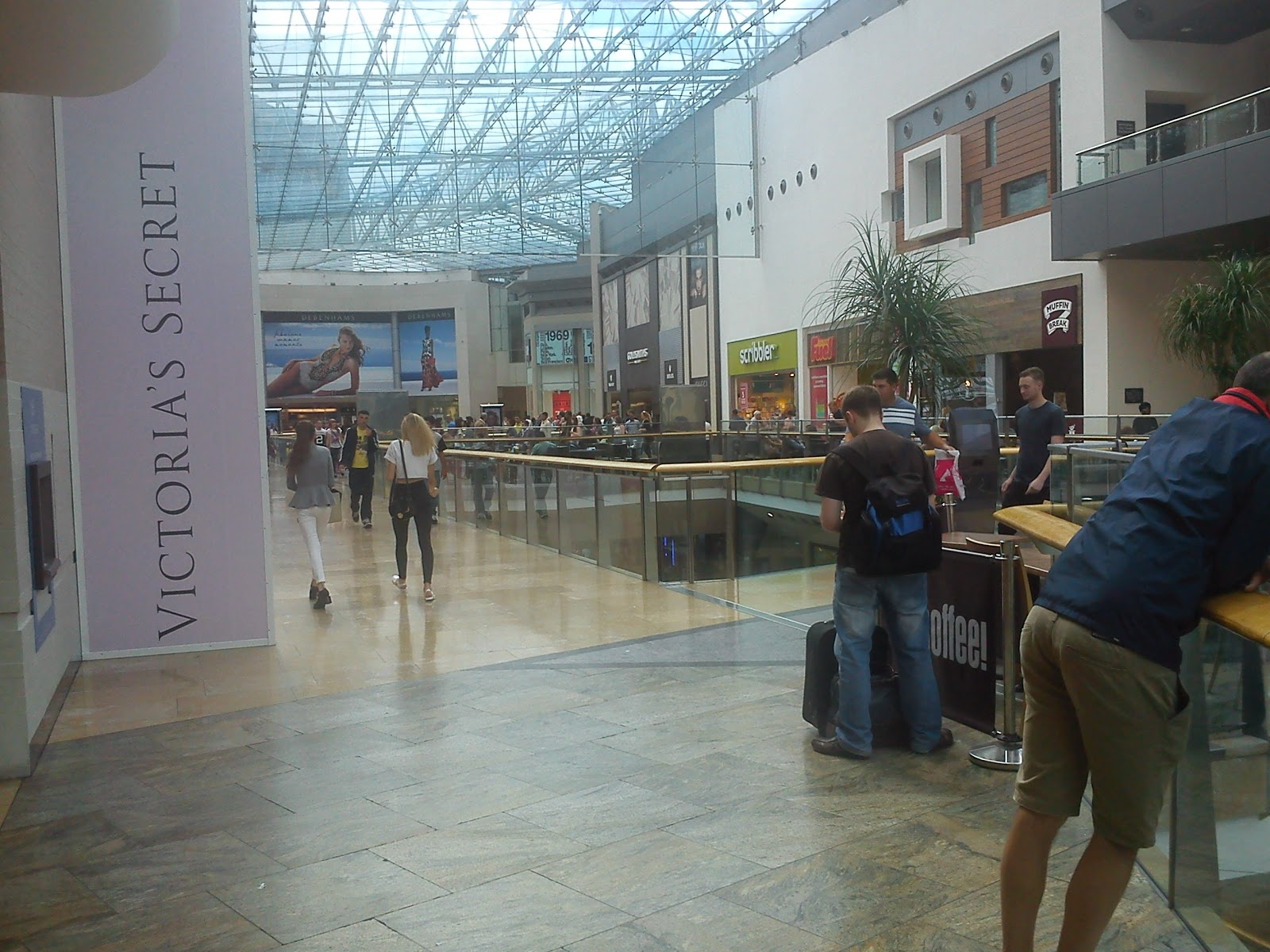 And in other parts of the shopping centre, the people shop....and eat....that seems to be about it! 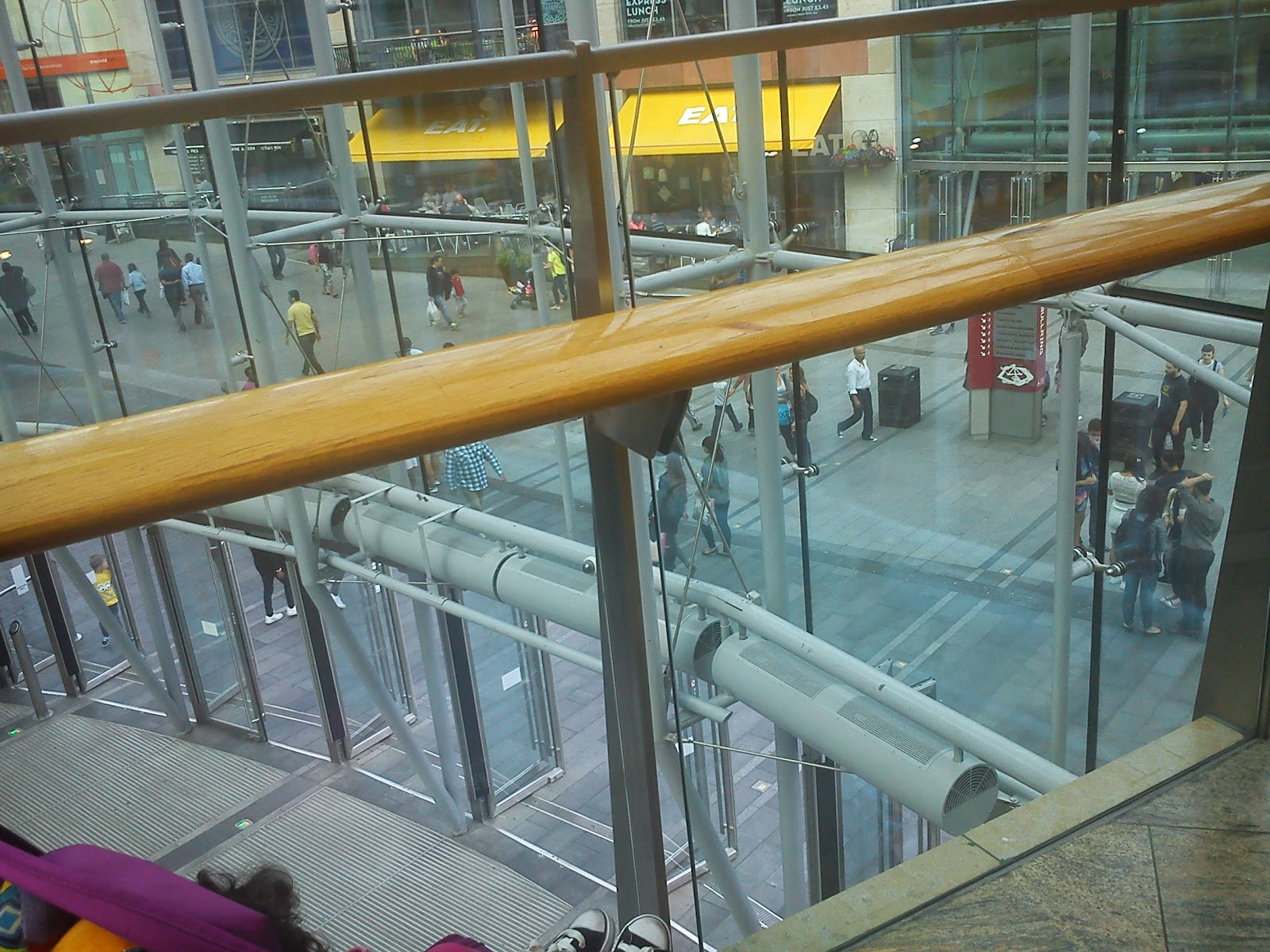 
Franny @ Dark World Books for putting up with me whilst I was slow with book files, email responses and
me being generally a difficult customer to deal with! Eye infections are a b*tch to deal with, but the rest from the computer did me the power of good.

Claudia @ Phatpuppyart for continued awesomeness in preparation for the cover art for the second book in my horror trilogy, Dark Winter: Crescent Moon. Final cover art to be revealed and soon.

The Awesome Bloggers on this list who hosted Stormling on their blog. Thanks a million. Remeber to enter the giveway on any of the bloggers er....blog, to win a printed copy of Stormling.

I will be reviewing three new books this coming month.

Most people I know like cats. This is one of mine (or more accurately, I belong to her). You rock, Gui-Gui. But if I don't sell more books this month, I will have to cut my arm off and feed it to her....you know, like that dude in Survival Type by Stephen King.... 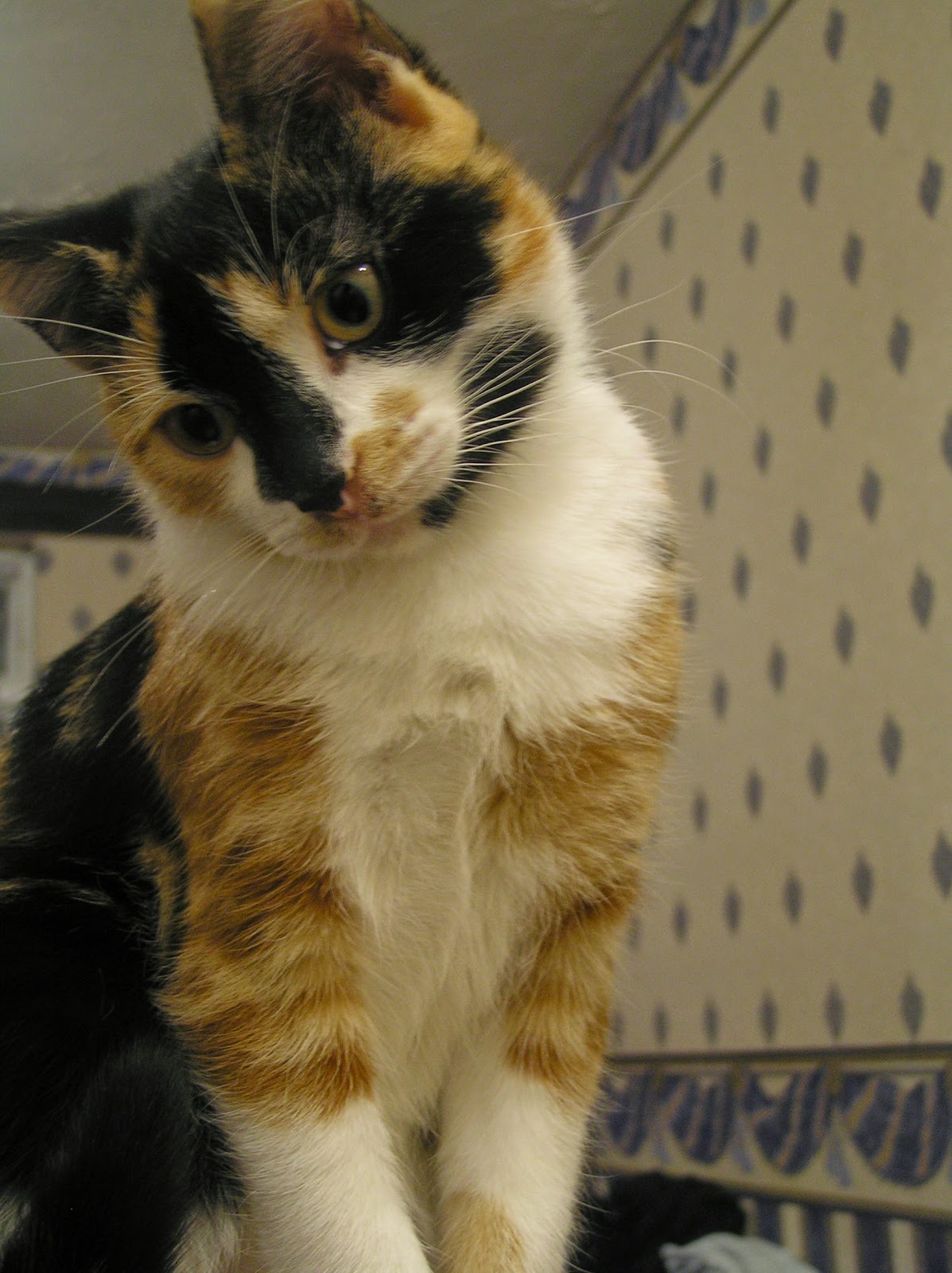 "A human arm instead of boiled lobster and caviar? My fur protests!"

See you all again soon.
Posted by The Write Thought at 10:02 No comments: 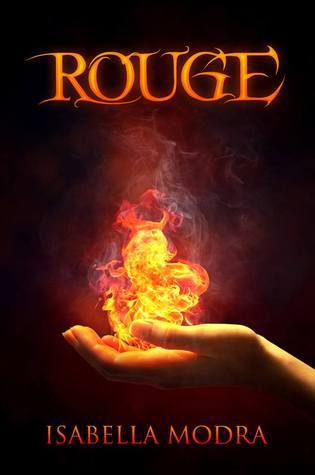 Okay, so this is absolutely true - I knew Hunter Harrison.Confession - not the Hunter in this story, but someone from a very distant job I had in the past. Review: This is the last 'full' novel I read and it goes all the way back to June. It was a compelling read that I completed in one go, I'm delighted to say.It's a delight to see a young author with such a command of her writing universe and a wonderful grip of her characters and their motivations. There is a generous homage to X-Men in this story although it manages to distinguish itself from that series by having a wonderful heroine in Hunter.There's wonderful humour laced throughout the book, and there's a particular scene which reminded me of Kick-Ass a bit when Hunter is choosing her super-name and looking at outfits to wear.I haven't read urban fantasy in a while and this book jumped out at me because of a giveaway for the sequel - Embers and Ice. I entered the giveaway but didn't win. However I ordered the paperback version of Embers and Ice - this review is for the Kindle version of Rouge (#1).It's clear that Isabella Modra, the author, grows with authority as the book progresses. I understand and accept the pace of the book, everything is well described and builds beautifully towards the final act.Put simply, there's a lot of fantasy out there that could be considered a little samey. Rouge - and it's sequel, stand out because the author knows the story she wants to tell, and tells it wonderfully. Both books (I hasten to add I have only started book two and am resting my eyes at the moment from heavy computer use!) could sit well on the big screen and you'll be rooting for Hunter, Joshua and the others.Where the writing is most clever is the focus on a select band of characters, rather than introducing too many. In a book just shy of 300 pages, perhaps it was important to do that.Are there any faults? Not for me and I'll admit I don't look for them when reading books, I just enjoy the ride. Life's too short to nit-pick! The books moves well, great characters, and everything is brilliantly described. This is a wonderful standard for a debut novel, and I'm seriously impressed. I don't believe I could have written something as well as this when I was 19.Anyway, I rate this book very highly - a wonderful, inventive fantasy that takes the super-hero theme and ups it a notch. Christopher Nolan needs to pay attention to this author if he is looking for a follow-up to the Dark Knight Trilogy!

On GoodReads I gave this wonderful book five stars out of five.

Rouge #2 : Embers and Ice Embers & Iceis out now. I have the paperback and let's just say it is shaping up to be even better than Book One!

Get the book - Amazon

Author Page: Isabella Modra
Posted by The Write Thought at 15:19 No comments: