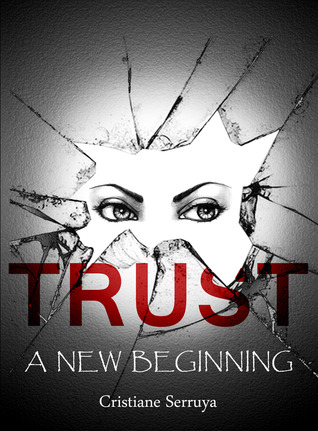 Isn't it great when you just come across a book and it really peaks your interest and it happens to be completely out of the blue? For me, Trust - A New Beginning by Cristiane Serruya, was just like that.

I love thrillers, and this is a smart, savvy, sexy and brutal story that really is quite gripping from the off. Now I have no problem with stories that start slow so long as they build into something meaningful.

With this story, there's no need to worry. And whilst time is taken to describe things accurately and with almost painstaking detail, it doesn't detract from the story, or slows things up.

If anything, you need this kind of literary diversion, so that you can catch your breath. Yes, the scenes are not just hot, they're boiling, and engaging to read.

The other scenes that are quite intense refer to the Trust of the title....in many ways this book is about broken trust, and the aftermath of it, which leaves everyone shattered. As I approached the end of the book, I already knew there were additional books in the series.

That's great because I want a bit more back story on the main characters. Sophia is a great character whereas some of the male characters switch from protagonist to antagonist in a flash...though on further re-reads I understood why this is so.

As always, writing full reviews can spoil things. Suffice to say, Trust is one of the best thrillers I have read in a long time. Cristiane Serruya is an intelligent, exciting writer, and no doubt I will be reading more from her, and I suggest you do too.

Rating: On GoodReads I gave this five stars. Every single one was deserved!

Buy on Amazon.com
They are beautiful and rich. They are strong willed and successful. They have everything, but love.
Sophia is a 25-year-old Brazilian and a widow. After a tragic incident, she flees from her own country. Despite her beauty and charm, she hides from everyone and everything and remains alone, torn between the love for a dead man, the torment of living without part of her memory and the fear of moving on.
Ethan is one of the most important tycoons in the steel industry. Traumatized by an awful event in his adolescence, he searches for an elusive woman whom he could love - and who would love him - as he never has in all his 35 years... Until he finds Sophia.
Alistair is a 34-year-old powerful banker, searching only for one–night stands. Devilish and ravishing, and also guilt-ridden and angry, he has no trouble finding women who will indulge him in his desire to physically punish them to abate his own tortured soul.
In Europe, in the months after October 2009, their paths will cross and clash. Who will win the prize of love? 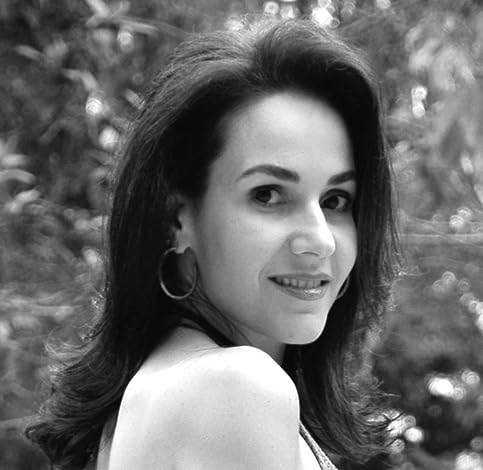 Cristiane Serruya lives in Rio de Janeiro, Brazil, with her husband and two teenage daughters. She majored in Fine Arts and Law, and has a Masters in Business Law. She is also specialized in cases of sexual abuse and violence against children and women. She has been working as a lawyer since 1991. She is widely traveled, having lived and studied in Brazil, England, France, Italy and Switzerland. After twenty-two years of practicing law, Cristiane decided to give writing a go. And - amazingly - it was just the piece that was missing in her life. Cristiane Serruya can be found online via her website ‘cristianeserruya.com.br’.

I live in Rio de Janeiro, Brazil, with my husband and two daughters. I'm a lawyer, with a Masters in Business Law and I have great interest in cases of abuse and violation of human rights of children and women, having two thesis on the subject. I also have a BA in Fine Arts. I've always loved to read, write and listen to music. I lived and studied in England, France, Italy, Switzerland and, of course, Brazil.
After twenty-two years of practicing law, I decided to give writing a go. And - amazingly - it was just the piece that was missing in my life.
You can get in touch with me on my website: http://cristianeserruya.com.br
Or like my Facebook author's page: https://www.facebook.com/cristianeserruyauthor
Or follow me on Twitter: @CrisSerruya
All my three books already published have been awarded Gold and bronze medals.