Book Review: The Experiencers (The Valiant Chronicles, #1) by Val Tobin 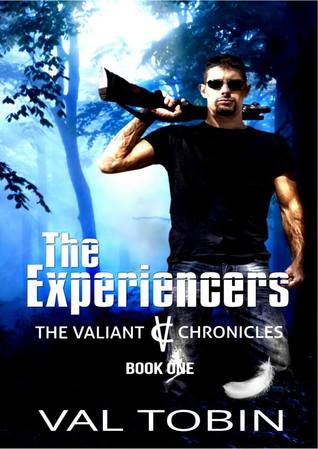 Synopsis: Black ops assassin, Michael Valiant, questions the motives of the government agency that hired and trained him when they order him to neutralize members of a UFO group. After his wife dies in what appears to be a traffic accident, Michael, with the help and support of his partner, pushes aside his doubts and immerses himself in the jobs he needs to complete.

When Michael learns the truth about his wife's death, and uncovers the Agency's true motives, he turns rogue, and helps Carolyn Fairchild, one of their targets and a psychic medium, escape capture.

Their journey takes them from a town in Southern Ontario to the Algonquin wilderness, where they must elude not only the agency that wants to silence them, but also the aliens who want to retrieve Carolyn at any cost. When the aliens come for Carolyn, she is forced to choose between saving herself and saving her daughter, and Michael faces the prospect of losing Carolyn forever.

The Experiencers is the first book in the Valiant Chronicles series of novels. Book two will be released in winter 2015.

Review: The Experiencers is a uniquely engaging read that has an extremely interesting protagonist in Michael Valiant, the aforementioned Black Ops operative in the synopsis. If you look at the story from his point of view, you will read the story in one particular way.

We are introduced to Michael early on, so readers can tell his role will be a pivotal one. An educated guess says that he is the one on the pretty excellent cover.

Later chapters introduce us to Shelly, who is having an affair with a man, whilst considering breaking it off out of some well placed loyalty to her husband.

The early part of the book reads like bottle episodes where the link with the later episodes seemed initially unclear, but that was just my perception. Actually, if you look at the book as a whole, a rather intricate storyline emerges. This is what I think makes The Experiencers a true gem. It's like one of those Russian Dolls. You believe you understand it, you believe you know the characters and their motivations.

But this is book one in the series, and if you read between the lines, you'll begin to be amazed at the attention Val Tobin has given to her characters.

Each are well drawn and developed. Carolyn was on a par with Michael for me, as I have a spiritual side and the way she explores her talent is pretty amazing.

Then...there's the aliens. Quite honestly, there is so much going on with this story it demands at least a second reading, which is what I chose to do.

If anything, the second reading is much more enriching. I felt empathy for characters that really didn't touch me on reading one; I imagine as the author constructed her edits for the book, she may have felt the same.

For a debut, this is an extremely well written tale that I imagine will be perfected in book two. I would definitely recommend this book and would give it a very strong 4.5 stars. (So 5 on Amazon, 4 on GoodReads).

Posted by The Write Thought at 13:08 No comments: