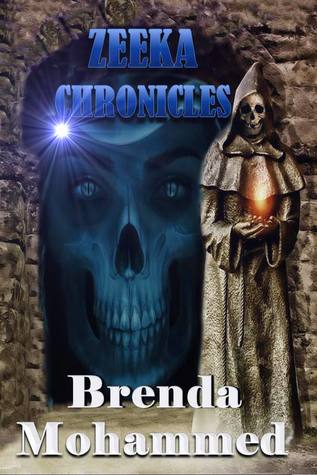 How can one man misuse Science for Revenge?
Zeeka Chronicles is a spine -chilling series about betrayal, kidnapping, revenge, secrets, lies, murder, and evil.
To what end is Zeeka willing to go to unleash terror on the small exotic island of Gosh?
Will he and his zombies escape the law?
Is he angry because his former lover jilted him?
Or is it because his child was born deformed and his wife died in childbirth?
Why did this vengeful man kidnap the son of his former lover?
One man knows his secrets.
Can he stop him before more blood is shed and save the islanders?
Find out the answers to these provocative questions.
Get the book.

The Zeeka Chronicles bring together all five stories in the Zeeka series. It is well presented and formatted to a high standard, and it's been a pleasure to see the author's expertise and wordcraft evolve as the series came to its conclusion.

There are many interesting characters in the series, I especially like the robots Miranda and Eve, but also the humans, such as Detective Jack Wildy who is surely due a spin-off story of his own.

It may be beyond most of us to write one good zombie tale, but Brenda Mohammed has given us five.

When book three came out it appeared to be the end of Zeeka's story, but book four - Zeeka's Ghost - took the series to a new and exciting higher level.

Resurrection - Book Five, does what it is supposed to do - it rounds off the series nicely but not in a limp, predictable way.

"Detective Jack Wildy....is surely due a spin-off story of his own."

It is sufficiently different from 'Ghost' to buy on its own, which you can do of course. But 'Chronicles' gives you the whole story for a great price.

So if you want a zombie story with a heart - get this collection today.